During a discussion in my PSY 245 Human Growth and Development class about intelligence and how we measure it, I asked students to share their feelings about the notion of IQ testing. Many share their thoughts about the need for testing and what does it really mean to have that magic number that tells everyone how smart we are. When students were asked what intelligence meant to them, many expressed that intelligence was deeply ingrained in their own thinking, we are brought up with the idea that we can learn new things and the more we learn, the smarter we get. Then a voice from the back of the room blurted out, “having a high IQ is like having a car with a big engine.” Hmm, good analogy, but is bigger better?  I ask the question, “does higher IQ predict success like the cars with the biggest engines, does that guarantee winning the race?  Is it the car or the driver that wins the race?”

I decided to run a little experiment in the classroom; I took a short survey and asked these two questions.

–         If we have a certain amount of intelligence, can we really change how we think? 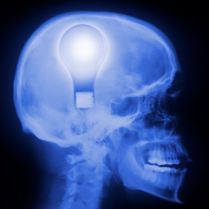 It seems like a basic concept, yet a difficult one for many. The idea that intelligence is not how much you know, but rather how you use what you know and your ability to modify how you think about what you know.

The lecture on intelligence was sounding more like a lecture on perception and philosophy, and rightfully so.  Intelligence has this quality of either you have it or not. It doesn’t take into account our learning is based on experience and how we perceive the world we live in will vary with our individual perception of it. Helping students become more aware of their thinking and their own personal perceptions should always be at the core of how we assess their level of understanding. Information can be memorized, but learning how to become more aware of what we learn is directly connected to our perception of it.  Heightening a student’s perception is where the thinking process begins. We know in early childhood, children need to be challenged and engaged in their discovery of the world. Learning is lifelong and the same rules apply as we get older. It’s not how smart we are, but our awareness of our own thinking and our willingness to question the world we live in. Maybe the question we should be asking our students is not how much do they know, but what’s their perception of the problem and how did they come to that understanding. If we encourage students to be divergent thinkers, than we should be willing to become divergent in our teaching as well.

1 thought on “Intelligence…What does that really mean?”